The electrical systems of a car power the various systems and components in the vehicle.

An electrical system needs a source of voltage to work. In a car, that voltage is provided by the battery. The battery is made up of cells, each of which produces a small amount of voltage.

The alternator is belt-driven, which means it is connected to the engine by a belt. The belt turns a pulley on the alternator, which in turn spins a set of coils that create the rotating magnetic field.

As the field rotates, it produces electricity that is sent to the car’s battery. The battery stores this electricity until it is needed to power the car’s electrical systems.

The starter is responsible for getting the car’s engine up and running. It is usually located near the front of the engine and consists of two main parts: the starter motor and the starter solenoid.

How the Electrical Systems of a Car Work 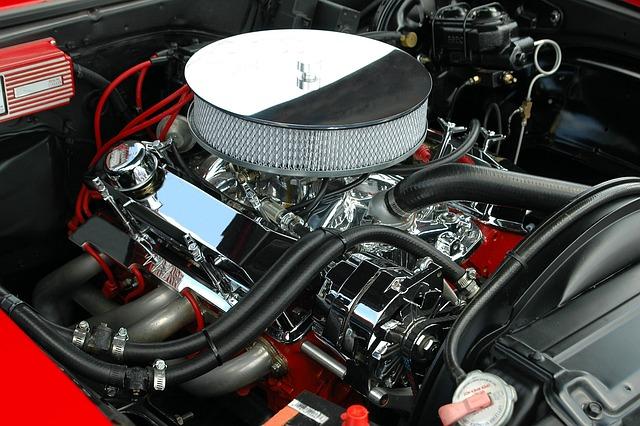 The electrical systems of a car are a vital part of the vehicle. It includes the battery, which provides power to the starter motor; the alternator, which charges the battery; and the various electrical accessories, such as the lights, radio, and windshield wipers.

In this section, we’ll look at how the electrical system works.

The average car battery has six cells that produce 2.1 volts for a total of 12.6 volts. The cells are made of lead and lead oxide and filled with an electrolyte solution of water and sulfuric acid.

The alternator is an integral part of your car’s electrical system. It provides power to the car’s accessories and charges the battery.

The way it works is quite simple. The engine turns a pulley that turns the alternator’s rotor. This produces electricity, which is then sent to the car’s battery through the positive and negative terminals. The battery stores the electricity until the car’s accessories need it.

The alternator is a vital part of your car’s electrical system and is crucial to ensure it is working correctly. If you notice that your headlights are dimming or your battery is not holding a charge, then it is possible that your alternator needs to be replaced.

The starter is the electrical system’s equivalent to the engine’s ignition system. It comprises a solenoid, a cylindrical coil of heavy wire that generates a magnetic field when electricity is passed through it, and a switch.

How To Maintain Your Car’s Electrical System

The electrical systems of a car are vital for several reasons. It helps to power your vehicle’s lights, ignition, and other accessories. It also helps to charge your battery.

Maintaining your electrical system can be a bit of a task, but keeping it in good working order is essential.

The battery is the heart of the electrical system, supplying power to the starter motor, Ignition system, and lights.

A 12-volt battery is made up of six 2-volt cells connected in series. Each cell has a lead plate (negative) and a lead dioxide plate (positive) that are separated by an electrolyte (sulphuric acid). When the engine is running, an alternator or generator charging system restores power to the battery by supplying current to the negative terminal.

Lead-acid batteries should be kept clean and free from corrosion. Batteries should be securely mounted so they cannot vibrate loose and short-circuit. Check the electrolyte level regularly – it should be between the upper and lower level marks on the battery case.

If it is low, top up with distilled water – never use tap water, as this may contain minerals that will damage the plates. You can also change the car battery yourself.

The alternator is a critical component in your car’s electrical system, turning the energy from the crankshaft into electrical current to charge your battery and power your vehicle’s electrical accessories. A failing alternator can cause all sorts of problems, from a dead battery to flickering lights and everything in between. That’s why it’s essential to keep an eye on your alternator and have it serviced as needed.

There are a few signs that your alternator may be going bad. If you notice any of these, it’s time to have your car checked out:

The starter is responsible for getting the engine started. It uses a small motor to turn the engine over, which gets it started. The starter is located on the side of the engine, and it is usually relatively easy to find. If you have trouble finding it, consult your car’s owner’s manual.

The electrical system in your automobile is crucial. Maintaining knowledge about its performance is also essential. If left unchecked, a weak or dead battery can cause severe damage to starters and alternators, among other electrical system components.

Don’t wait if your electrical system starts working strangely. Bring your automobile to your neighborhood mechanic so they can evaluate the problem, verify the voltage, and limit any potential future harm.