If we talk about its features in detail, we can see that Kumho Solus TA11 is specially engineered with a duel silicone carbon tread compound which helps keep the tire cooler for a longer time. 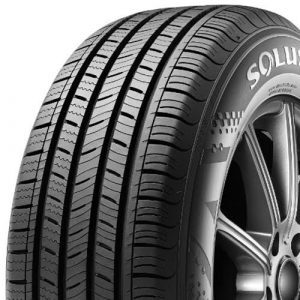 This new TA11 tire provides a perfect grip between the tire and the dry, wet, and snowy road. Its excellent grip on the road helps improve the journey’s quality.

Kumho has zigzag sipes around the tread, providing thousands of biting edges for a better grip on snow and ice. And the most vital part of this model is its four deep circumferential grooves and notched shoulders, which deliver solid traction on wet roads and highways. Another exciting feature of this TA11 tire is that you’ll find a quicker steering response and added on-center feel. Because of its unique ESCOT chasing technology, your ride comfort will enhance to the next level.

Forty-four sizes are available that perfectly fit between 13-18 rim diameters. This Kumho Solus TA11 tire has 75000 miles of tread warranty which comes with a T-speed rating. A two-steel belt is spirally wrapped with nylon for added durability and strength. Because of that, the experience of the journey will ultimately improve.

What Vehicles Will The Kumho TA11 Fit?

Kumho Solus TA11 prices range from approximately $52 and up.

Kumho Solus TA11 is excellent for those looking for a basic weather tire. This new Kumho Solus TA11 tire has an excellent grip on the dry road. Its price is lower than its competitors, which is the main attraction for those buyers who are budget conscious.

This Kumho Solus TA11 tire has only two problem areas. The first problem is that it bumps a lot on a wet surface. We must take care whenever we drive on a damp road. Otherwise, it can go wrong. And another problem is widespread in all-weather tires. They can perform best only when the amount of snow is less. When the tire goes deeper in heavy snow and ice, its acceleration will be affected.

Overall, we are concluding the Kumho TA11 tire; is the middle of its class performing tire. It has a lower price than its many other competitor tires, which makes it an attractive choice for budget-conscious drivers. And if we talk about its performance, we recommend using different models. All of these offer higher levels of traction and handling, especially in winter weather.

You Can Check Our Other Tire Review, Michelin Pilot Sport A/S 3+: Buy it or not?